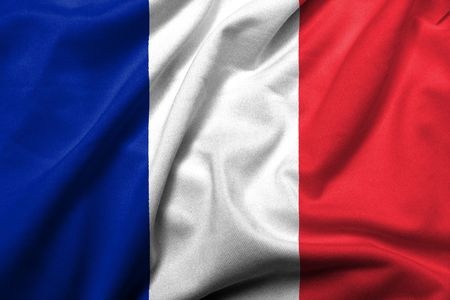 We are experts in English French translations


Showing linguistic flexibility when communicating with foreign clients is an added benefit and a distinct advantage for gaining new clients internationally. Therefore, it is very important to have the services of a translation agency that provides quality translations.

At the Cosmolingo translation agency you will find the language solution to suit your needs. We have the ideal English - French linguist to translate your contracts, marketing brochures, presentations, reports, technical manuals, websites, etc. from English to French, so that French will no longer be an obstacle for communicating and discussing details with your French clientele.

Save time for your business and leave your English - French translations to us, with our team of highly qualified professionals.

Count on us for your English - French translations and success is guaranteed! Contact us!


You may think that in recent years French has fallen out of favor with international organizations, students and large companies in favor of other more vigorous languages. And you may not be far wrong. But the fact is that it still has a large number of supporters. In Europe, for example, it holds second place in the ranking of mother tongue speakers and is one of the working languages of the European Commission. It is also one of the official languages of Monaco, Luxembourg and Belgium and is widely spoken in specific regions of other countries, in some of which it is also an official language.

And it is still an indispensable tool in the field of international relations. It is spoken in the United Nations, the International Olympic Committee, the North Atlantic Treaty Organization, the World Trade Organization, the African Union, the Islamic Conference Organization and the Euronews news channel. France still occupies a prominent position among the world’s most powerful nations and forecasts for economic growth this year are optimistic.

And the fact is that just as in some regions of France such diverse languages and dialects as Breton, Corsican, Occitan and even Catalan and Basque coexist with French; the latter is also spoken beyond the borders of France. We are talking about the overseas communities and departments that are still part of the French Republic, the French speaking communities of Latin America and the Caribbean, where the Creole dialect is spoken, Canada, certain regions of the USA, such as Louisiana, where it has become a subculture of its own, and the numerous French possessions in other continents, above all Africa, where it is the official language of 17 countries, although it is also widely spoken in others where it is not recognized as official. Thus, we observe that the scope of French colonialism is almost unimaginable and that the cultural traces it has left on the planet are more than noticeable. If we also take into account the effects of emigration to other parts of the world, estimates of the French speaking population will inevitably vary considerably according to the criteria and information sources consulted, from the High Council of the International Francophone Organization to the Eurobarometer. Whatever the case, it cannot precisely be said to be at a low ebb.